I used to play with Legos a lot as a child. The beautiful thing about Legos is that building the models that came in the box was just the first step, and my favorite part was what I could build on my own. I built little houses and airplanes and cars and animals and everything in between, with my imagination and trial-and-error as the only guides.

In Lego, there’s no pretense about what you’re supposed to build. If you want to build a totally, completely unrealistic spaceship that’s 90% engines with floor-to-ceiling glass windows, you can. If you want to build a photorealistic reconstruction of the original Macintosh, you can. In Lego, nobody can judge you about what you build, because that’s not the point. The point is the building, and you build what you want to create. There is no point in building what someone else wants—why would you? The whole point is to make what you want to see. 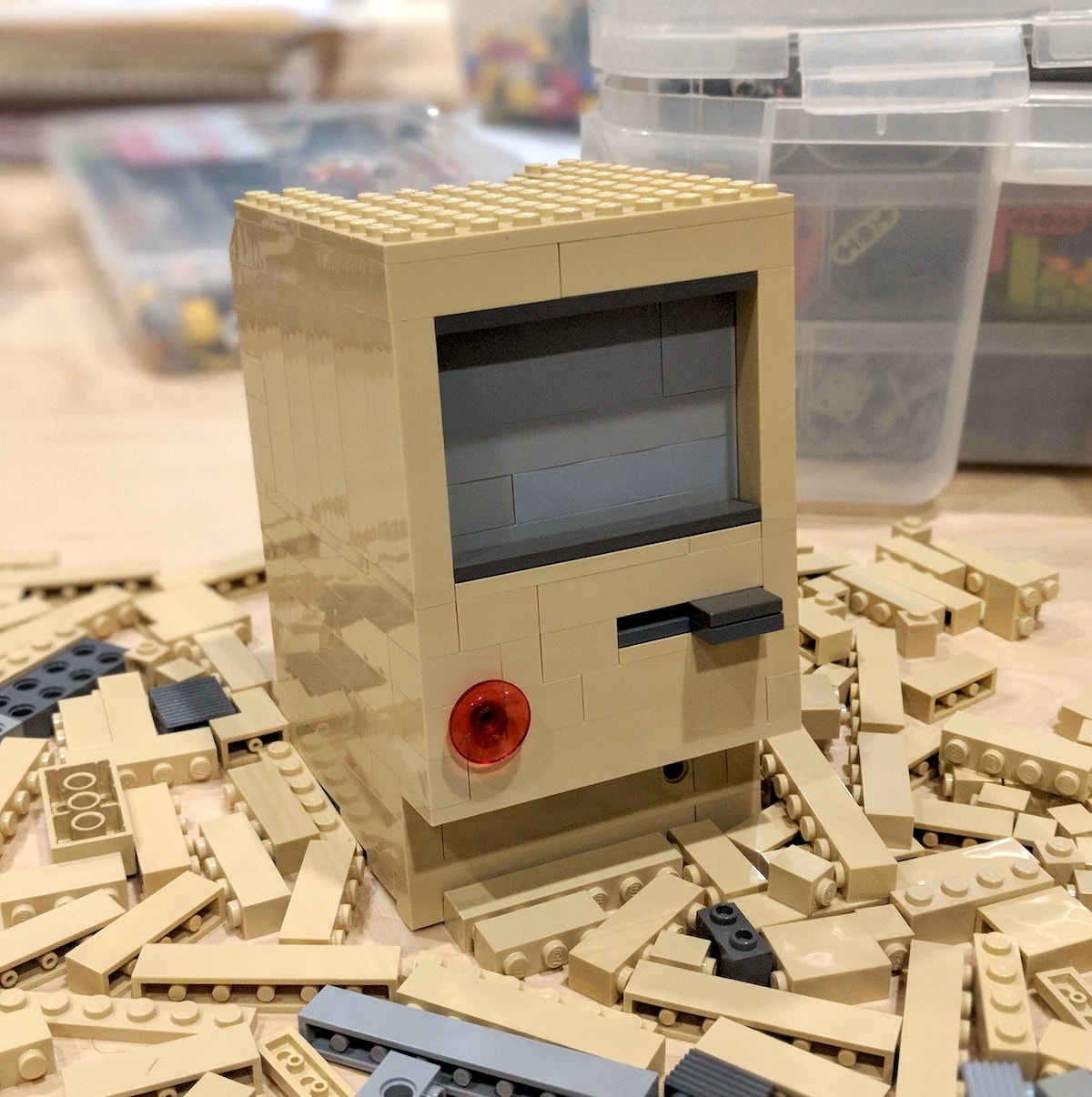 There’s a certain kind of honesty to creating with Legos, to building exactly and entirely what you want to build, unencumbered by constraints and requirements of utility or elegance. And then, you go out and tell the world exactly what you made, and why. You don’t dress it up in a pitch about its originality or innovative potential. Even as I grew up, I think I appreciated the creative freedom that this honesty in craft allowed me to explore.

These days, software has mostly replaced Legos as my creative outlet. Software takes the best part of Legos – small parts that you can assemble into large, real implementations of ideas in your head – and multiplies its power. Because software is free, you only need time and creativity to build. But software, being more than a toy, also has a side effect.

Software can be an amazing creative outlet, but it’s also a tool. Lots of people use it to build businesses, just like any other great tool. And as the software industry has matured, the conversations about software as a tool came to dominate conversations about software as a creative instrument. Unlike when you’re building with Legos, people do judge you for building strange, inelegant systems with software. People judge your choices of libraries and languages, they judge your design decisions, and they judge whether a software thing has a market, and who might use it. There are “best practices” for building things with software.

Don’t get me wrong – these ideas about how to build better systems are good, and they help us build better products and companies. But if you, like me, want to use software as a creative outlet, to manifest your imagination in reality, best practices and architectural diagrams aren’t priorities.

Nobody ever looked for advice on the horizontal scalability of a Lego spaceship.

As my work crosses more frequently between the industry and my personal creative pursuits, I find myself bumping into this difference between building-a-product and building-to-build often. I respect that software is a strange kind of material on which lots of amazing technologies have been built. But to me, software is first and foremost better Legos. It’s a way for me to take things in my head, and make them real. I don’t want to care about the best practices of how to manifest imaginations into reality.

Lately I find myself missing the honesty from crafting with Legos, creating something purely for the purpose of realizing a thing in my mind into a thing on front of me, or entertaining a personal curiosity of “what if there was a thing that did this?” What if a programming language read like news headlines? What if you could read the Internet on a newspaper? What if I could visualize my reading habits on a chart? I take those ideas, and I build what I want. I don’t care about turning these hacks into products. I just want them to exist in my life, so I make them.

A skilled carpenter doesn’t always want to build a factory. Their craft is creating something personal, for themselves, on their workbench.

Honesty in what you build and how you talk about it get harder when the rest of the world is so mired in the pursuit of building things for work. But I enjoy my personal “work” the most when I’m being honest about what I create – when I make exactly and only want I want to make, and write exactly and only what I want to say. I’m trying my best to hold onto that honesty as I grow as a person who creates things with technology. From what I hear, people who follow my work also appreciate it. I don’t just make whatever’s in vogue. I make exactly what I want to make, no matter how obscure, and I think my personal sense of joy and curiosity comes through in my output even if the end result is something only a few people will use.

I also feel this similar sense of honesty driving what I write, and how I write. My blog is a hodgepodge of writing about love and life, about the minutiae of virtual machine architectures, about creativity and invention. This isn’t a winning “content strategy” – I need an editorial focus if I want to scale up my audience. But my priority isn’t growing an audience. It’s writing about topics in a way that feels like an honest reflection of what I’m thinking about. And it turns out, that mindset is a good way to find a small audience that really cares about what you think.

I also give my posts rather obscure titles for the same reason. This post could easily have been called “we should let people build without worrying about best practices” or whatever else might get more people to read the post. But I chose “honesty in craft” because that’s the idea I feel I want to explore in this piece, and any other title would feel disingenuous to my inner voice. I trust that people who like my writing will read it regardless of how I dress it up.

Honesty goes beyond simply how we present our work. Honest in craft also means choosing to work on an idea because it means something to you, the maker, not the whims of anyone else. There are so many people working with so many interesting technologies in the world, if I chased trends, I wouldn’t know what to learn. Instead, I choose to follow my gut.

The most important lesson I’ve learned about being honest in what you create is that if you build what you want, exactly the way you want it, your history of work becomes a faithful reflection of you. The projects I’ve made, the writing I’ve done, and the music I make are all accurate reflections of what I am fascinated by and curious about, and it lets my work speak on my behalf about who I am, and why I do what I do.

More than anything, I want to be proud of what I create and send into the world. I can’t do that if I start out by building purely for someone else, or by letting the market direct my creativity. There are so many other smart people doing those things better – I want to play with Legos, not build skyscrapers.

← You don't have to be busy to be prolific