The job of a writer

For me, as a writer, that tool of aspiration is the Olivetti Lettera.

The Lettera was a family of portable typewriters designed by the Italian design and engineering firm Olivetti in the 1950s, and the timeless industrial design of the typewriters keep them relevant today. The Lettera family is well known to be a favorite of authors like Cormac McCarthy of No Country for Old Men and the actor Tom Hanks, but I first encountered the Lettera at an industrial design museum in the outskirts of Indianapolis. 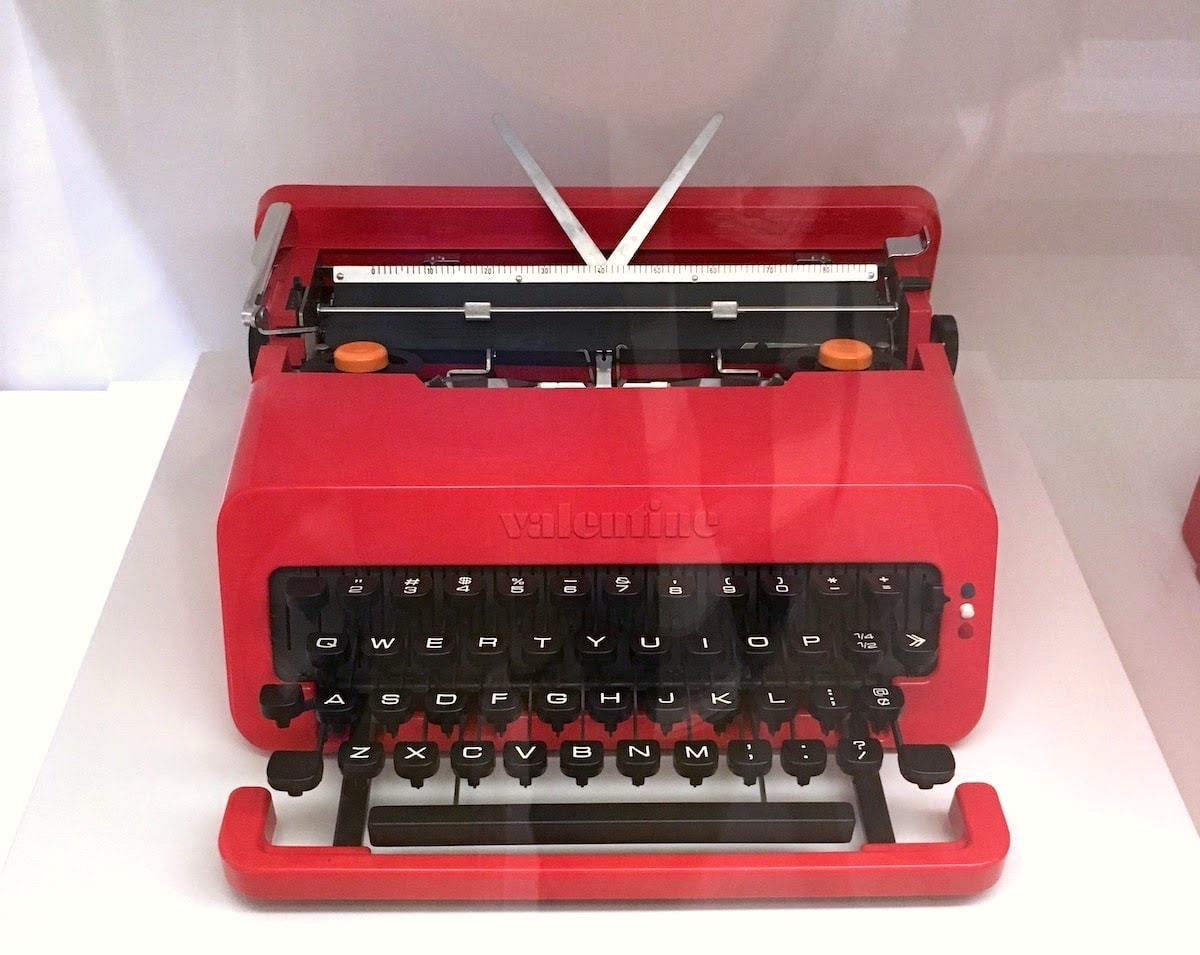 There, underneath a warmly lit glass box sat a bright, cherry red Olivetti Lettera – a special Valentine’s edition that trades for $400-500 today in the vintage market. White capital letters with blocky curves and thin lines decorated the otherwise smooth black keycaps, which extended in their mechanical links below the deck of the typewriter, converging together precisely at a single point, where a click of a key would result in ink-dipped key caps stamping out intentional letter after letter at the hands of a typist. After each mark, the typewriter shifts the paper forward slightly, and waits for the next move.

What, really, is the job of a writer?

Sometimes, writing is a weapon. Mightier than the sword, we say. But writing can also carry a scent of love or a tinge of hate. It moves, it persuades, it educates, it informs. Sometimes it lies and deceives. We know vaguely that writing has power, but it can also be a gentle kind of power – a wave that rumbles, not a thunder that roars. It’s impossible to say that a writer has a single task in the world, or that writing is capable of a single kind of force. This is because the action of writing isn’t raw power; its strength comes from something more fundamental.

This is obvious in the case of stories. Novels and memoirs transport the reader’s mind to a place in the world and a time in history the reader may not have lived. Like a skilled director cutting and framing scenes, a writer holds the reader’s hand through foreign scenes of another world. Guided by the writer’s invisible hand, a reader may live an experience outside of their life. But there are experiences to be lived even in writing without a clear story. Buried in texts about science and mathematics are the perspectives of mathematicians and scientists as they see the world. Between the lines of persuasive speeches and political rhetoric, we feel the writer’s own hands pointing and gesturing at parts of our world we may not have noticed before. Even in this very essay, here I am, assembling little alphabetic letters in line to show you a way I see the task of writing, perhaps in a way you hadn’t seen before.

No matter the subject, good writing is an extension of the reader’s experience into the world. Each word is an arrow that guides the reader through a new story and a new perspective of understanding life. For you, a writer, your job is to explore and discover the world on behalf of the reader, to feel and understand and investigate until your glasses become tinted with color, and then to lend those colored lenses to the reader, so they may see the world as you do.

If done well, the ideas that readers find in your writing might burrow into their minds, and become a part of the way the reader experiences the world from that point on. This is the impact of the action of writing. As ink on typewriters keys leave marks on paper, the words you write leave marks in the way your readers make sense of their world.

This imbues writers with an important responsibility. You are not here merely as storytellers or persuaders or educators or reporters. You are here to be the readers' hands and feet and eyes, reaching into the world for moving ideas and gripping stories. Take this responsibility seriously – go out and live a life of color, so that new feelings and insights swirl in your tinted lenses. And when you come back and sit down to spill those colors onto paper, may each action of your key bear those colors. May the action of your words transport your reader to ever more colorful worlds, because that, ultimately, is the job of a writer.