How I make music

One of my creative goals for 2019 was to publish an album of original music. I had been enjoying improvising and composing for a while, and made some YouTube videos in the past, but I had never really made anything that I could point to and say, “I make music. Here’s something you can listen to” with satisfaction.

Since then, I’ve produced two albums: a more minimalistic, ethereal Memory Palace in late 2019, and recently the warmer, more romantic Timeglass in late 2020. Both are collections of original compositions and improvisations on the piano, and lately I’ve been enjoying listening to them while working or writing. 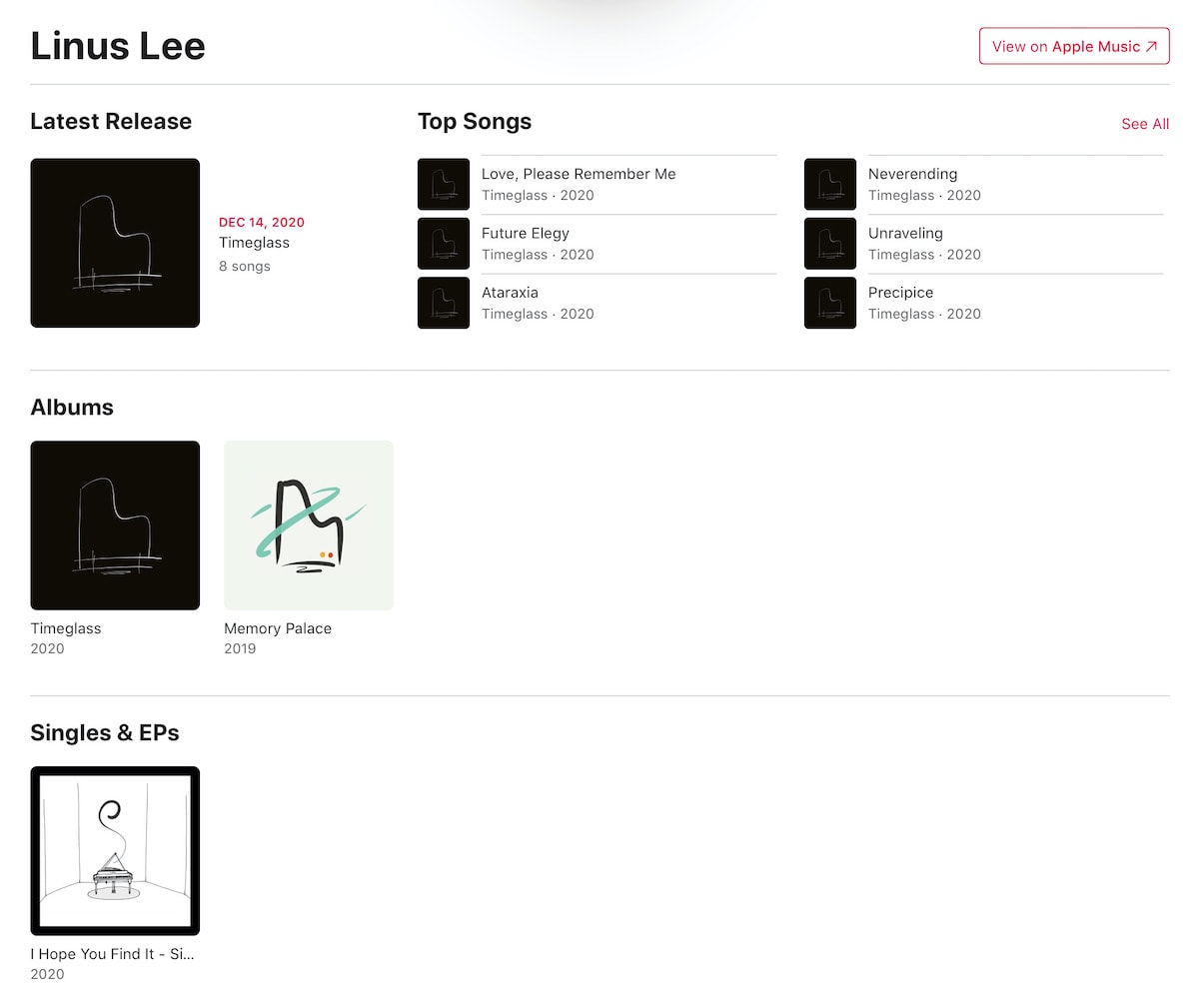 Since my first album came out, a few people have asked me about my process for creating these, from finding ideas and recording music to distribution. This post is a short casual overview of how these two albums came together. 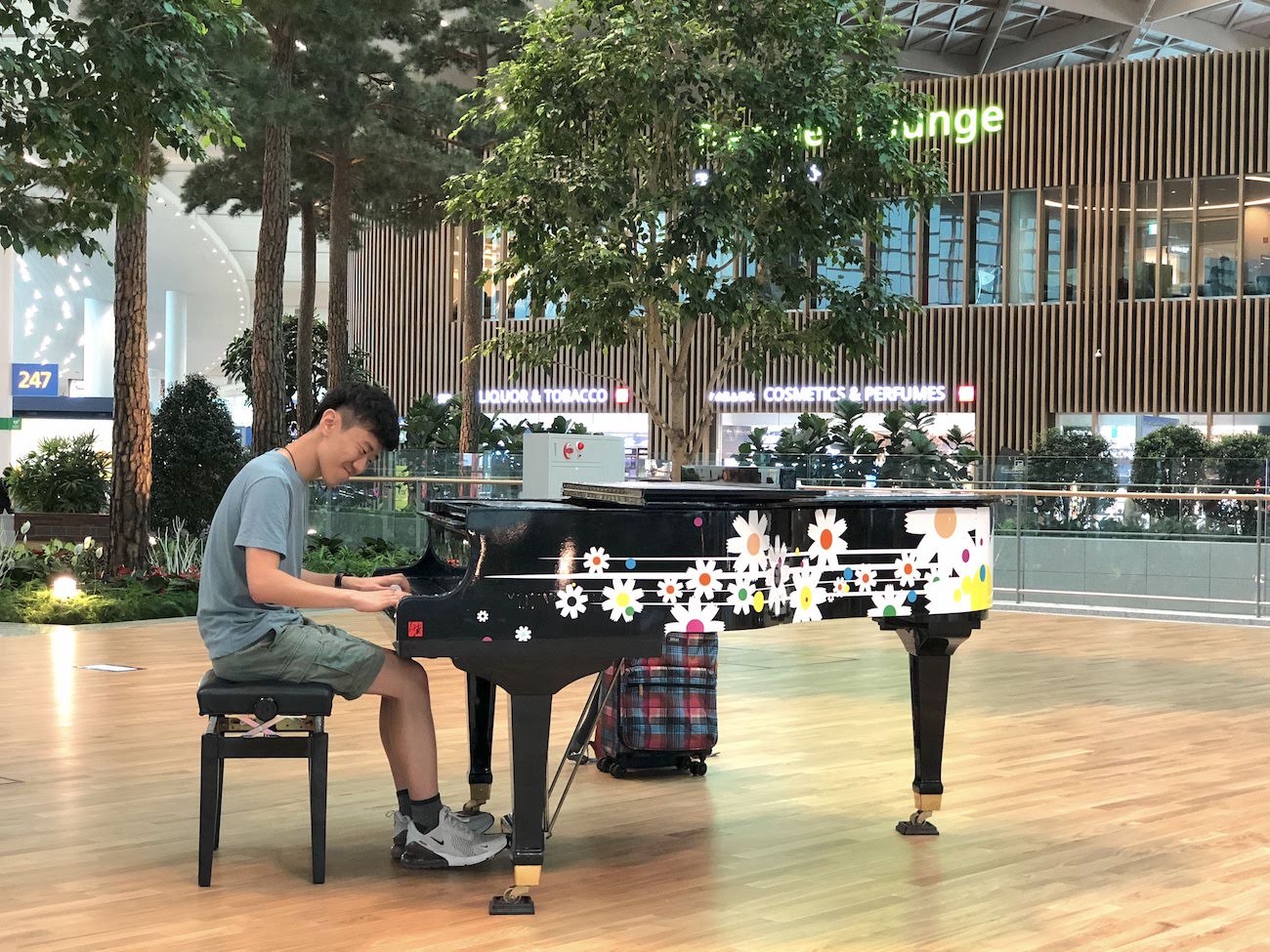 I’m obviously not a career musician – music is a hobby and a place of mental escape for me more than anything else. So composing usually happens gradually and incidentally in life. Some days, I sit at the piano to take a break during work, and other times I’m drawn to play by how I feel that day.

I like to improvise, so that’s usually how I spend my time playing. Trying different chords and sounds and melodies and riffing on them in the ways they take my mind. Like writing, some days I have trouble finding anything that feels right or sounds good to my ears, and other days, I’ll stumble onto a melody that sounds good enough for me to recorded on my iPhone to reference later. 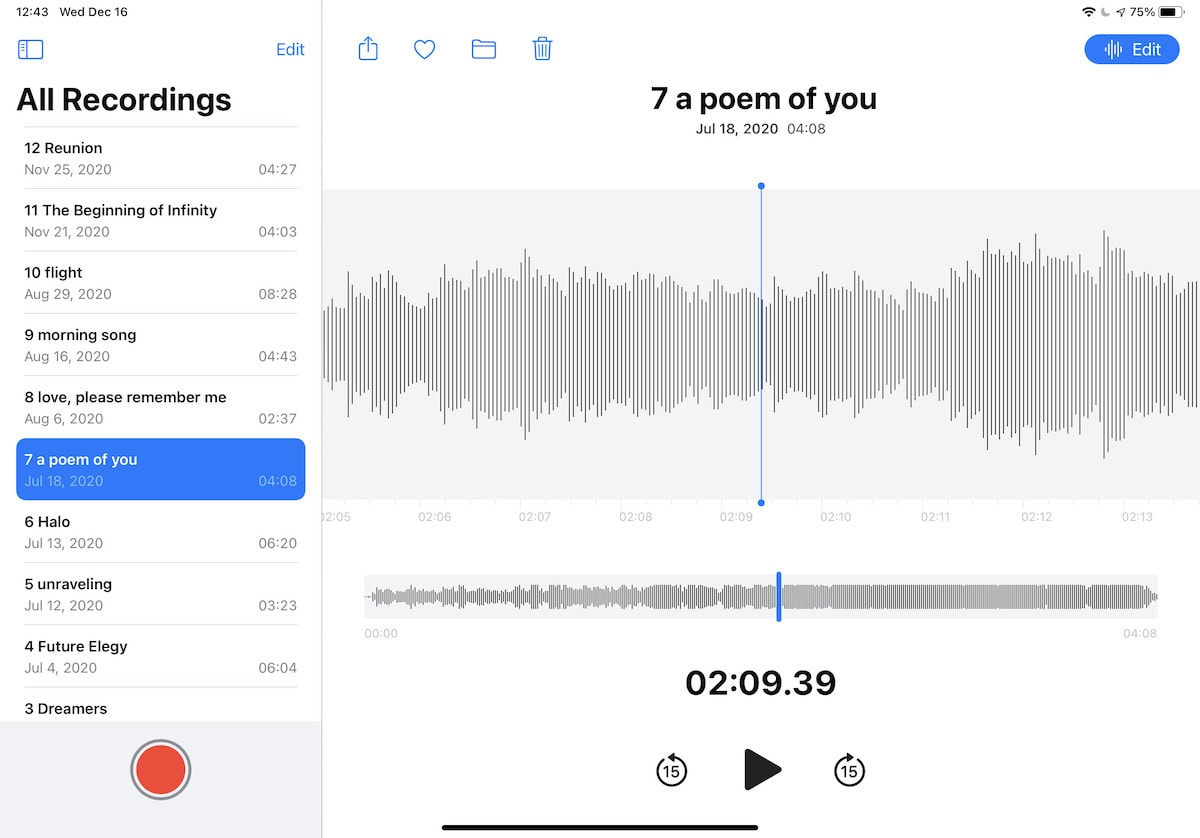 Through this year, whenever I’ve found small musical ideas that I’ve liked, I pulled out my phone or iPad and recorded them to reference later. I used to write ideas down on paper, but I’ve found that the process of going from music in my head to paper is too slow and inefficient, and it feels like the idea loses a lot of magic in the time it takes me to transcribe them down. So these days, I almost always just hit record and capture the idea in the moment, to play them back and recall or learn them again by ear when I want to remember. Most of the songs on Timeglass started this way, and you can hear some of these ideas as the beginning motifs of the tracks.

To turn the ideas I’ve collected in my metaphorical musical back pocket into recorded pieces, I try to find an empty block of time in my schedule to sit down and record. Out of some naive mixture of laziness and lack of skill, most of my pieces are more improvisational than planned and “composed”. I’ll take some of the musical ideas and melodies I’ve collected, load them up into my brain again, and play with them and develop them until they feel right, and turn on the mic and record for a few minutes.

I’ve found it a hassle (and frankly not worth it for the level of production I need) to find time in a recording studio or use professional quality production gear. So I satisfy myself with a humble and minimal setup: recording from a nice electric piano into GarageBand on my Mac, making minor adjustments in the software, and exporting them out to MP3. This is probably the most unsurprising and boring part of my process.

This casual workflow is pretty representative of my general philosophy on creative tools: tools are the mediators through which creative ideas speak. Good tools are transparent – they let the ideas through without coloring or influencing it. Tools mismatched to your own creative skills can shadow your own creative voice or intent. At worst, the end result can be more about the capabilities of the tools you used than the ideas you’re trying to communicate.

It’s tempting to invest in high-quality tools and instruments for a skill from the get-go, because there are times when they’ll make your work look or sound better. More expensive instruments, more complex software, nicer microphones all create this temptation, as do tools for other crafts like advanced spell/grammar checkers for writing, complex editors for programming, and professional graphics programs for creating art. But when using powerful refined creative tools, I think there’s a risk that using them without being fully and comfortably in control of their capabilities can lead to the tools overtaking your own creative voice. I feel comfortable with the piano, so I insist on playing on a nicer instrument, whereas I still feel like a novice in digital audio workstations or recording gear, so I stick to simple solutions.

Once I’ve recorded and refined the tracks I want to share, I export them out to MP3 files on my computer and listen to them over and over. I try to listen to them on different devices. I’m usually using a pair of nicer studio monitor headphones, so I also try to listen to the final results on cheaper smart speakers, on my laptop speakers, and on my Bluetooth headphones. Sometimes they sound different enough that I might want to go back and adjust the balance of sound in the music.

When all this is done, the last step is to share the music! I create my own album art on my iPad with an app called Paper, which I also use to draw on occasion. So far, I’ve stuck with the theme of silhouettes of grand pianos, because I think it looks nice and tastefully minimal. I also nail down the titles for my tracks in this step. Ideas for titles are always floating around throughout the entire process from recording rough ideas onto my phone to production, and in this last step of the process, I try to find titles that aren’t too dissonant with the feeling in each track while reflecting what I personally want to associate with the music. As I do this, I also finalize the track order – songs that I like more usually go at the start, and I try not to have runs of too many similar ideas next to each other.

I use a service called DistroKid for getting my music into stores easily. So I upload my music and wait a few days for the album to reach all the stores, at which point I can share them with all of you.

That brings us to today.

Timeglass to me is a collection of pieces about the fringe moments between nostalgia and aspiration, turning from looking backwards to looking forwards. At times, it’s melancholy, and at times it’s hopeful. You might say it’s fitting for an age where we’re all thinking together about moving on from this harrowing year to the next. I’m certainly happy to be leaving something behind to help me remember how I feel today.